The Trauma of Trump

We’re just over six months out from the 2020 Presidential Election, where most of us received – for the first time in years – good news.

A democratic, non-Trump president was elected to lead the country. Our daily administrative terrorism had finally come to an end.

Why then do many of us still find ourselves without relief from stress and panic?

Unfortunately, although the “white-supremacist-in-chief” – as Congresswoman Cori Bush calls him – vacated the White House, the stress of the last four years doesn’t just magically disappear. Like many other kinds of trauma, the anguish we suffered at the hands of Donald Trump lingers even though we’ve found ourselves to safety. 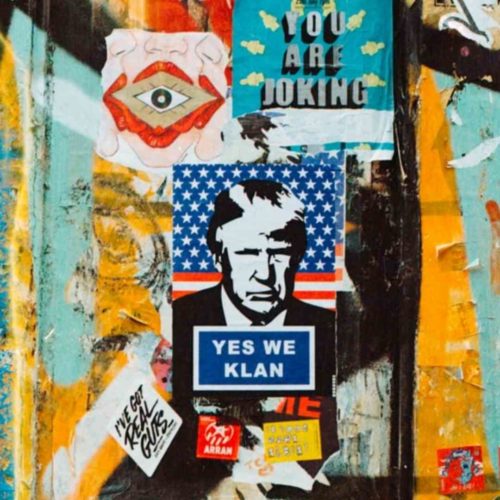 Here are some ways we can understand our collective experiences:

Reflecting on Trump’s presidency, most of us can recall moments where we found ourselves in disbelief over what was unfolding. Heinous statements. Cruel actions. Lies upon lies. A political soap opera, in which drama and scandal were a focal point, while human lives and the health of our planet faced constant harm.

In the past year alone, the American public received routine misinformation from our national leader, sometimes on imminent matters: the COVID-19 pandemic, the 2020 election results and mail-in voter fraud, the uprising of racism and white supremacy, and the attack on the Capitol, just to name a few. (Of course, we can recall many more examples that have accumulated over the years.)

Trump’s delusional perspectives could be mind-boggling, considering science, research, and other reputable sources would refute his claims only to be left by the wayside.

For example, a week after the January 6th insurrection of the Capitol, 64% of Republicans were reported to still believe that Trump had won the Presidential election, despite no actual evidence to support this. Half of these people also supported the attack on the Capitol.

Trying to make sense of these twisted facts and events can lead to a host of emotions, including anger, sadness, disgust, and confusion. Furthermore, those with family or friends who support Trump and regurgitate similar sentiments may experience an even deeper enactment of this political and emotional injury.

Throughout Trump’s presidency, we regularly endured a form of psychological abuse called gaslighting.

The International Association for Psychoanalytic Self Psychology describes gaslighting as the “relational experience by which one person gains control over another through the induction and manipulation of false beliefs, which take on a delusional character, a world of alternative facts.”

Trump’s penchant for warped reality kept public attention off his responsibilities and failings as a leader, and instead inflated his image and upheld his power. Moreover, Trump’s brand of malignant narcissism is disturbing to witness not just for the damage it causes, but because it mimics the personality of many frightening abusers.

For survivors of abuse and domestic violence, this showing of blatant manipulation by a person in power can be incredibly triggering.

As victims of Trump’s gaslighting, at times we may have begun to doubt our reality and sanity, or even become vulnerable to the lies that were fed to us. Trump’s tactics have been used to undermine our sense of self, safety, and the connection to the world around us (Guardian article). And like with any other abusive relationship, it’s natural to be left reeling from the damage even after severing ties with an abuser. 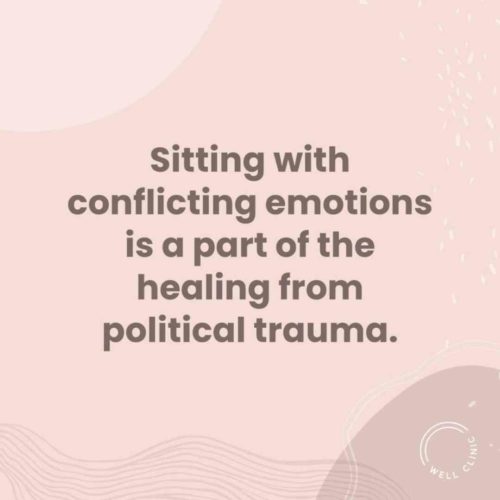 PTSD expert Dr. Seth Norrholm explains how the lack of accountability held for Trump’s actions mirrors the experience of one seeking punishment of their abuser.

Without retribution, one might feel despair, powerlessness, and hopelessness.

In other words, without justice being served, we may now feel like we didn’t get proper closure for the past four years of misery.

Quite a few of my clients have reported feeling opposing emotions when discussing recent events. Many feel relieved that Trump lost the election, while acknowledging that there is “more work to be done.” In light of the insurrection in January, many expressed feeling angry, sad, and disgusted, while also “not at all surprised” by the events that occurred.

Sitting with conflicting emotions is a part of the healing from political trauma.

This is a process that will likely take time.

It’s important to acknowledge how the Trump era has been especially frightening for BIPOC, LGBTQ folks, immigrants, people with disabilities, unhoused people, and other marginalized populations with compounding pre-existing traumas.

Like other abusers, Trump made it a point to target the vulnerable, as a means to bolster his (white supremacy) power. Unfortunately, adding to this country’s roots of deep-seated racism, the Trump administration’s countless offenses towards oppressed populations will likely perpetuate the cycle of intergenerational trauma. 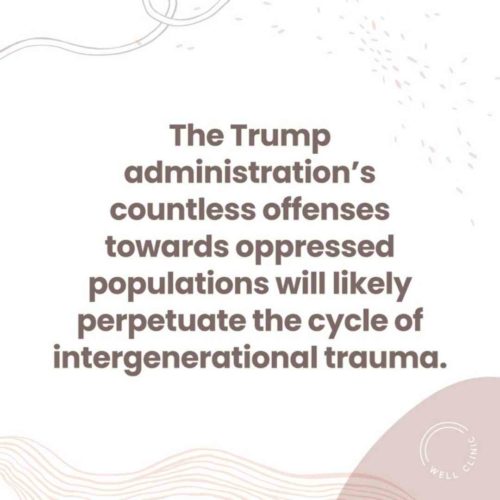 2020 brought to light the many ways that white supremacy operates in our society.

As a whole, we can understand that one person is not responsible for the injustice embedded in our country’s history. Trump, we now see, is a figurine in the larger game of evil that feeds off of racism, sexism, ableism, xenophobia, homophobia, transphobia, classism, etc.

Shining a light onto the insidious nature of these injustices, while necessary, can be very upsetting. It’s sometimes painful to take ownership of the individual and systemic roles we’ve played in the current state of our country, though it’s essential work to do. While we grieve and process the trauma of Trump, we can also heal by acknowledging the underlying causes and the parts we’ve played. 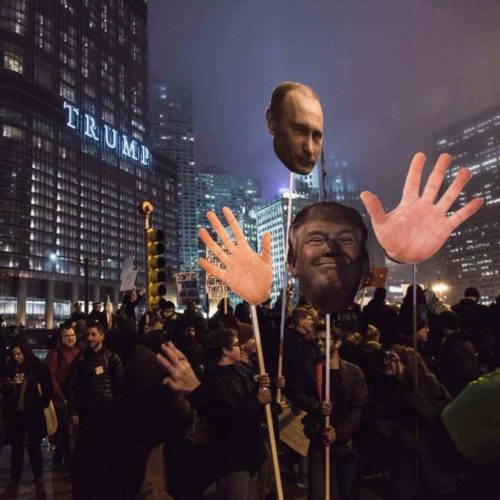 How the body and mind respond to threats

Most would agree that 2020, in and of itself, was a jarring year. One symptom of our collective trauma may be hypervigilance, where we fear and look for potential threats, even if the fear is not proportional to reality. This might look like checking our phones in anticipation of another stressful news update. Or maybe you identify with the term “Trump Anxiety Disorder” (Vox), created by clinical psychologist Jennifer Panning to describe how we might ruminate on what negative event could happen next.

For many, daily hopelessness, worry, and dread can become its own form of lingering stress, which then morphs into symptoms of anxiety or depression.

For some people over the last four years, this marked their first experience with more serious mental health issues, and for others, this exacerbated pre-existing struggles. Excessive stress can also have physical manifestations, including gastrointestinal or cardiac problems, panic attacks, or other somatic symptoms. Please take account of how your body may be impacted by stress, and seek out support from medical and mental health providers as needed. 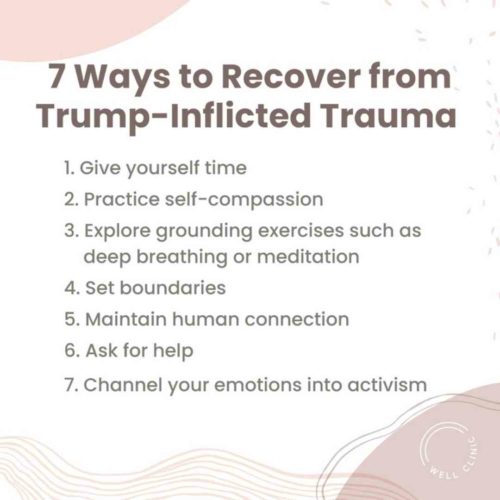 7 ways we can recover

This experience, like any trauma, takes time to heal. We need to be patient with ourselves as we process and move through challenging, complex emotions. Practice self-compassion, such as slowing down and speaking kindly to yourself. However, what you’re feeling is a natural response to a series of horrible events!

Take some time to explore grounding exercises that can feel stabilizing, such as deep breathing, meditation, or movement. We must normalize how our nervous systems continue to react in response to hearing about or reflecting on the Trump era. (Even as I’m writing this, I find that my heart is racing, my head is hurting, and I am sweating; so I took some deep breaths and breaks in order to self-soothe.)

Boundary setting is critical in reclaiming your safety.

This could look like monitoring your intake of news or social media content, or deciding on limits with family or friends who may express differing or hurtful viewpoints. Protecting your emotional reserve is going to have major benefits, and can build resilience as other stressors arise.

Again, we must acknowledge how this shared abuse has impacted our various communities. As psychologist Frederick Luskin points out, we must maintain human connection and not be silent about our pains in order to heal; in fact, keeping experiences of trauma to ourselves can further the suffering.

Make time with people you trust to share what you’re going through.

There’s a good chance they’ve felt something similar. If you have access to a therapist, consider using this space to process and validate the serious impact of political trauma.

Finally, channeling your emotions into activism and community involvement can be a powerful form of group healing. Find and share inspiration for change with fellow helpers and crusaders! You are not alone.

“With so much happening in daily life, you deserve to find someone empathetic, non-judgemental, and trustworthy to confide in. For me, it is a privilege to be allowed to listen to someone’s story, and witness their journey towards self-improvement.”