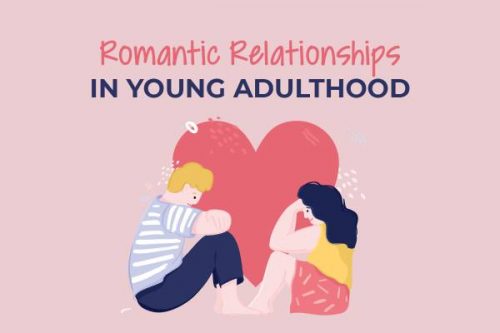 The transition period from adolescence to early adulthood occurs between the late teens and early 20’s, approximately between ages 18-25. Critical developmental tasks for young adults at this time may include detaching from physical and emotional dependency on parents, establishing financial independence, entering college, and becoming a romantic partner.

It is widely believed that the formation and maintenance of intimate, romantic relationships is a major developmental task in young adulthood.

Developmental psychologist Erik Erikson described this time as “finding oneself yet losing oneself to another”. Identity exploration and the development of a sense of self are necessary for a person to become capable of committing to an intimate and meaningful romantic relationship with another. The capacity for intimacy is characterized as being able to share values and needs with one’s partner, and most importantly, being able to have trust in one’s loved one. 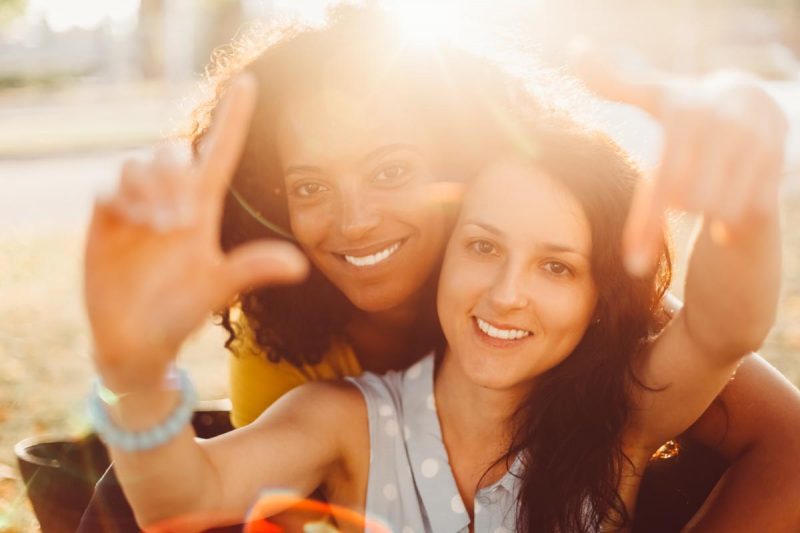 College students report that a satisfying marriage or relationship is the most important life goal. Young adults typically have not yet committed to life partners, but have great interest in becoming involved in serious, long-lasting relationships.

While developmentally prepared to engage in such relationships, they often lack the skills required; young adults rarely receive guidance from their families, schools, or communities regarding the components of a successful intimate partnership. As a result, individuals in early adulthood often hold unrealistic and erroneous beliefs about the fundamentals of a healthy relationship.

In the transition from adolescence to early adulthood, most individuals disconnect from the security of their parental home and care; 57% of young adults attend college.

College students often report that their romantic relationships suffer as a result of the stressors and demands of the college experience. In fact, one of the most common complaints of college students seeking campus counseling services is difficulties in romantic relationships. The stress and negative emotions resulting from conflictual romantic partnerships can affect college students in many ways: they may suffer from academic problems, participate in risky sexual behavior, and be affected by partner violence (rates of physical dating violence on college campuses range from approximately 16% to 48%).

On the other hand, in one of the first studies to examine the health benefits of healthy romantic relationships for college students, Braithwaite et al. (in press) found (in a random sample of 1,621 students) that students in committed romantic relationships reported fewer mental health issues, and engaged in less risky behavior, than their single counterparts. 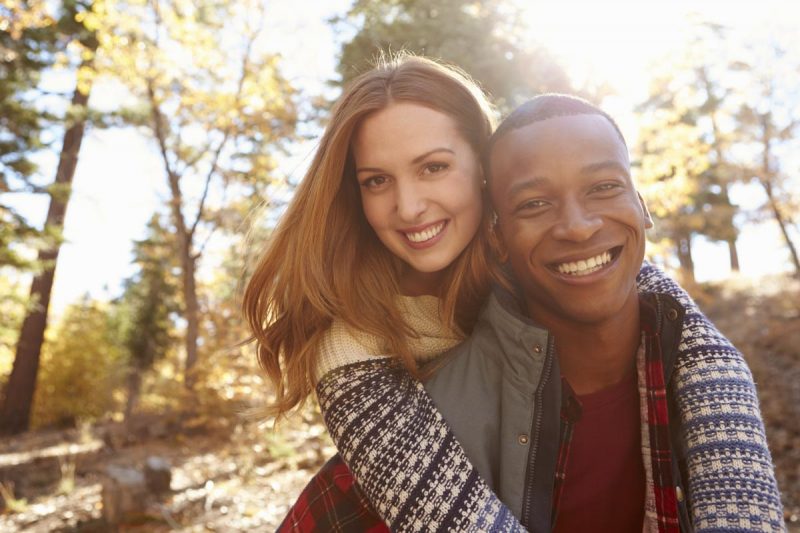 Real advice on dating in college

I asked a random sample of young adults for their advice on dating in college, and here are some of the highlights:

“You can’t be good to someone until you are good to yourself…” –Male, 27

“Live for yourself, but enjoy and support others. Living for someone else is usually a mistake. But there is nothing wrong with loving…” –Female, 28

“It’s unwise to date people in the same dorm/apartment building as you, because if things don’t work out romantically then you’re stuck with the regular reminder of it every time you run into them…” -Male, 22

“If you and your significant other like to party a lot together, that’s normal in this age. But it’s important to develop intimacy while sober so that your closeness and comfortability with one another doesn’t rely on inebriation…” –Female, 26

“Sometimes it’s difficult to let go of bad relationships…don’t beat yourself up for this. The bottom line is, if you aren’t ready to end it, you just aren’t ready. But take care of yourself in the process…” –Female, 24

“Don’t get ahead of yourself and think the person you are dating is ‘the one’ and it will last forever. Finding ‘the one’ at such a young age is unusual (although it is possible)…” –Male, 26

“The end of a relationship is not the end of the world, even though it may feel like it at the time. You will meet someone else!” –Female, 23

“College is a time to figure out who you are. Determine what’s important to you in life, and don’t let a significant other determine those things for you…” –Male, 21