What Radical Honesty Is and Why It Might Be Harmful

Being honest is a good thing.

It’s not always pleasant but being honest and upfront about your feelings and your actions can help you establish better and healthier relationships in the long run at the expense of experiencing pain in the short-term. The previous statement rings true regardless of whether you are a kid trying to hide the fact that you broke mom’s expensive vase or an adult trying to explain why you have been more distant lately.

But is there a limit on how honest you should be?

The practice of radical honesty says there shouldn’t be, and we will see if that is indeed the case.

What Is Radical Honesty?

According to Wikipedia, Radical Honesty is “the practice of always being completely honest and refraining from telling even white lies.” They put forth similar concepts long ago, but the term as it is known now was popularized and eventually trademarked as a technique for self-improvement by psychotherapist Dr. Brad Blanton Ph.D.

Dr. Blanton has also authored several books that detail the concept even further.

So, what does it mean to be radically honest?

Referencing the act itself, being radically honest requires you to describe, and say out loud the things you are noticing. Noticing has a deeper meaning in this context, though.

First, you should notice the sensations in your body, such as laughter, or crying, or perhaps feeling angry. Next, you are encouraged to take notice of the world in front of you. Noticing also means that you need to consider the things that are going through your mind at the moment.

Once you have noticed those things, you can proceed to report them out loud.

The idea behind expressing yourself in this way is to simplify the process. You are taking notice of the current situation and describing it without filtering or managing them.

Because you are radically honest, you are plainly stating the truth without letting your biases or the fear of judgment get in the way. 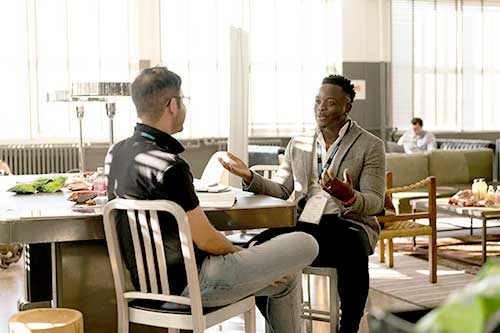 How Do People Practice Radical Honesty?

Now that we have a better grasp of the concept of Radical Honesty, let’s find out how people practice it.

As noted above, there’s a lot of simplification involved. Dr. Blanton mentions that being radically honest is about distinguishing what you notice from what you think. You are reporting your experience instead of providing an interpretation of it.

Dr. Blanton also says that you become more capable of letting things happen and letting them go because you are radically honest. He says that because you acknowledge the experience, you can accept it and allow it to pass. You won’t hold on to it any longer than you need to.

They always ask practitioners to not keep secrets and relate the truth, no matter how uncomfortable it can be. Dr. Blanton says that doing those things will allow people to better experience life at the moment instead of dwelling on previous experiences.

You can also expect to experience discomfort and what Dr. Blanton describes as “productive conflict” when you engage in this practice. He notes that experiencing those things is worth it because it can lead to the resolution of an issue faster.

How Does Radical Honesty Affect Relationships?

Before deciding if being radically honest is for you, it helps to recognize a few fundamental truths about not only yourself, but also the people around you.

The first important thing you need to acknowledge is that not everyone comes from the same background. People have different perspectives on what life is, and an individual’s view is usually shaped by their experiences.

Are you wrong for sharing how you feel? Not necessarily. But you also need to realize that the sensations and thoughts going through your mind are not completely objective.

As an adult, you are no longer a blank slate, and conscious or not, there is some form of bias that will affect how you perceive or interpret certain matters.

From your perspective, you are only sharing what you are experiencing at the moment, but the things you are sending out in the world don’t exist in a vacuum. They can be hurtful to someone, even if you didn’t intend them to be.

It is also important to point out that being honest all the time is not the only way to resolve conflicts quickly. If you are having trouble expressing your thoughts and emotions to a romantic partner, there is a way that involves honesty, empathy, and cooperation.

You may feel defensive in a scenario wherein someone says you need to communicate better, and in that case, being radically honest can be counterproductive.

Most of the time, holding your tongue, taking the time to listen, and reacting with empathy to what you heard can be preferable to being blunt.

Why Can Radical Honesty Be Harmful?

The expression “some things are better left unsaid” exists for a reason.

Let’s say that you are feeling a little unsatisfied in your current relationship, and after discussing things with your partner, you think about trying an open relationship. Saying that right away, with no warning or any other prior discussion can catch someone off guard.

Even if it wasn’t your intention, they may suddenly question their adequacy as a romantic partner or perhaps question your faithfulness.

Opening up a topic such as that requires a fair amount of care. It is not something to mention in passing simply because you wanted to say what’s on your mind.

In the midst of a discussion with your partner, they may share something important with you, perhaps something they fear or something they feel insecure about. Again, because you are being completely and radically honest, you may respond in such a way that can appear dismissive or uncaring even if that was not what you intended.

Honest communication is obviously important in any relationship. No one will deny that. But still, honesty alone is not enough.

Empathy must be included in the equation, and it can be tougher to do when your main focus is being honest.

Trying to improve the way you communicate is admirable, but radical honesty goes too far. Learn more about how to communicate better with others around you by going into individual therapy or undergoing communication training for couples.